If you haven’t read our IBC Stair Width Calculation article, I recommend reading that first so that you can see the IBC codes we reference. If you have already read it, below is a scenario in which we calculate the required width of a multiple stairways serving one floor. 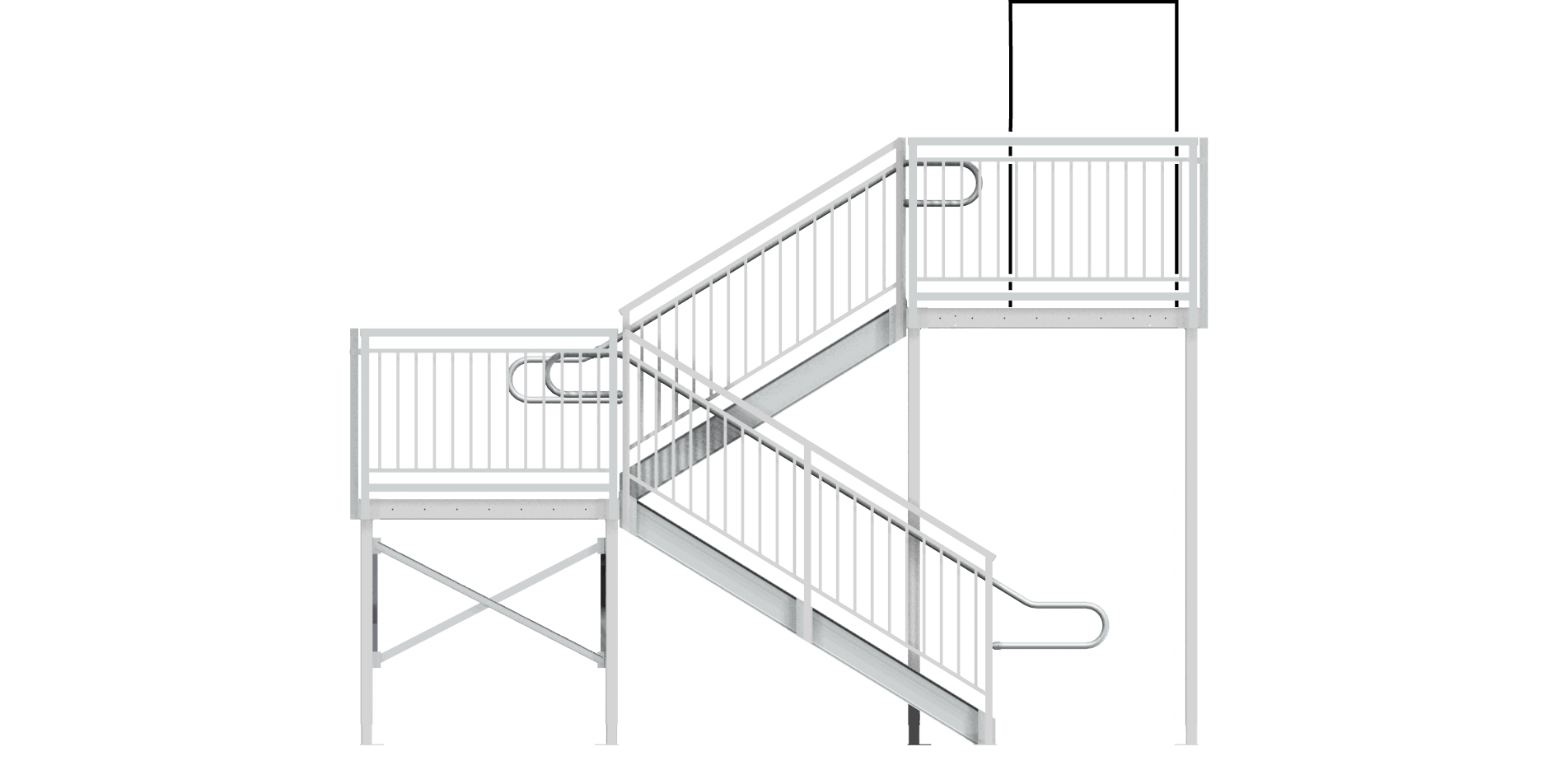 Scenario: We need exit stairs from the second story of a building. There is a sprinkler system, but the system was not installed per code requirements. The occupant loads are as follows:

The required total stairway width per floor is as follows:

We will need two stairways because we have an occupant load between 1 and 500 per story. The 90″ width can be divided between the two stairways. BUT in case a stairway is destroyed or inaccessible during an evacuation, the remaining stairway needs to be at least half of the required minimum (144″). We cannot have a stairway that is 44” wide and the other one is 46”. Why? If we lose the 46” stairway to a fire, we only have the 44” stairway which is less than half the required width.

Summary: We calculate the minimum required combined width by multiplying the occupant load of the floor by 0.3″, which is 90″. We need two stairways, so we can divide the 90″ between the two stairs. However, since we only have two stairways, each stairway must be at least half of the 90″.